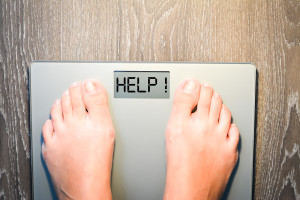 When it comes to New Year’s Resolutions, weight loss would have to top the charts hands down – every single year, every single time.

But when you’re a shift worker – achieving this goal can become even harder to reach.

In fact you probably go to bed at night (or the day, depending on your shift), wondering if you’re ever going to get back to that svelt figure that you once had when you were 16 years of age.

OK, if that’s what you’re aiming for then we may need to readjust your goals a little!

However if you’re trying to lose weight around working crazy and irregular hours, it can often feel as though it’s one step forward, two steps back.

Have you ever wondered why it’s so hard?

Well there are a number of reasons why but in a nutshell, whenever we’re sleep deprived our body essentially becomes biologically stressed (*).

Our body is stressed even before we’ve walked through the front door and started our shift!

When we’re stressed, we have much higher levels of stress hormones being pumped around our body which makes it difficult to manage our glucose levels.

Long term glucose intolerance or insulin insensitivity can predispose certain people to some of the abnormalities of metabolic syndrome such as visceral obesity (that’s a fancy way of saying lots of fat around the belly), which can even lead to Type 2 diabetes.

Other reasons for weight loss struggles when working shift include the following:

1. A part of our automatic or autonomic nervous system, the parasympathetic nervous system (which takes care of our digestion and metabolism), becomes disrupted when working 24/7.

Essentially whenever we veer away from normal sleeping behaviours, it turns our metabolism upside down.

2.  Laboratory studies have shown that partial sleep deprivation causes changes in two of the hormones involved in the regulation of food intake (**).

These hormones, often referred to as the “hunger hormones” include ghrelin which increases our appetite (and interestingly increases during sleep deprivation), and leptin which decreases our appetite (and interestingly decreases during sleep deprivation), subsequently affects our intake of food and thereby plays a role in body weight.

Of course this doesn’t mean we’re destined to a life of being overweight when working 24/7.  If this was the case, every single person who worked shift work would be overweight.

On the contrary, it just means we have to be way more selective on what (and when) we eat, and listen to our bodies more.

It’s about becoming more in tuned and connected to our bodies, listening out for those feelings of fullness instead of inhaling our food at a rate of knots – as if we’re in some kind of race to win a prize for coming first!

Speaking of what to eat, keep an eye out for my next blog post as I share with you my all time favourite breakfast recipe which will not only leave you feeling full, energised and ready to take on whatever challenges your shift decides to throw at you, but when you top it with my “secret” ingredient it can even help with weight loss!  Yep, that’s a win-win scenario for every shift worker I’m sure.