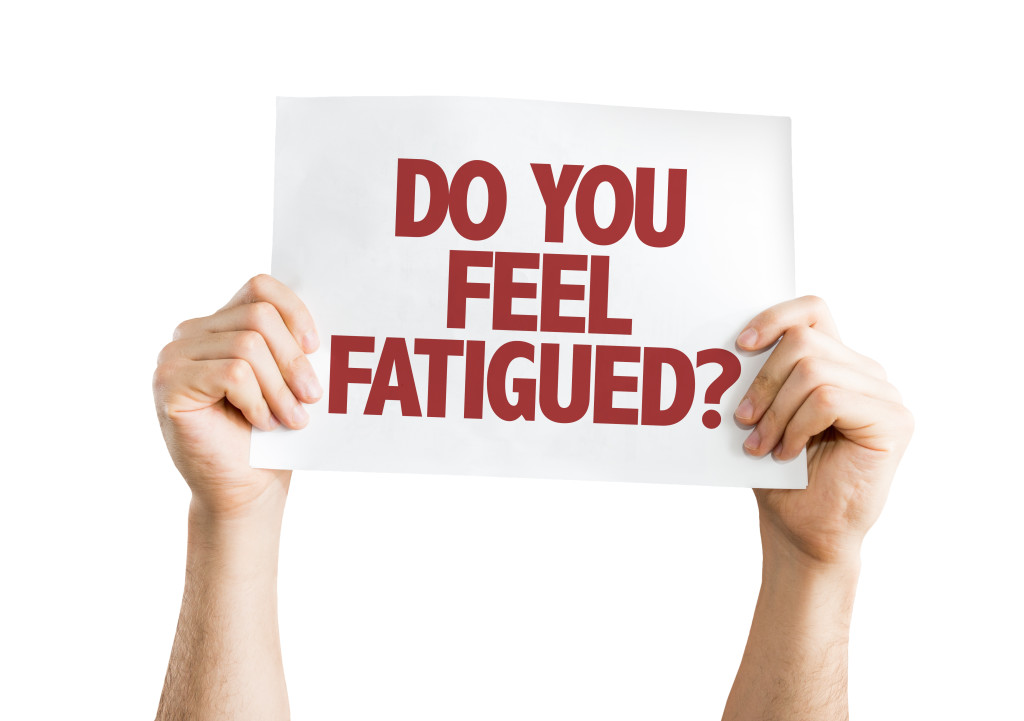 Constant fatigue and tiredness certainly forms a huge part of our daily lives, especially if you’re a shift worker. But what’s becoming quite alarming, is that it’s not just people who work erratic and irregular hours who are suffering from fatigue.

In fact fatigue and exhaustion has become so widespread amongst the general population, that it’s now become a global epidemic.

So why is it that so many people today are suffering from constant fatigue and tiredness?

Well to begin with, fatigue is not a disorder.

It’s often mistaken for one, but it is in fact, a symptom.

For many of us working 24/7, this fatigue and tiredness is often caused from a lack of sleep.  However it may be also be a symptom of an underlying health problem such as anaemia, a sluggish thyroid gland, adrenal gland exhaustion, or some kind of viral infection such as glandular fever.

There are also many other contributing factors to fatigue including a lack of exercise, depression, dehydration, insomnia (shift workers can certainly relate to this one), a vitamin deficiency, or even multiple food allergies.

But, and it is a BIG but, persistent or even intermittent tiredness that is not caused by any underlying illness, is often simply the result of a poor diet and sedentary lifestyle.

And this is where shift workers become vulnerable.

Because if your diet includes lots of refined and processed foods along with stimulants such as caffeine (which of course is found in coffee and all of those high energy drinks), mixed together with a bucket full of emotional stress, it’s a recipe for exhaustion.

Did I just describe your typical day as a shift worker?!

Now since tiredness can so frequently be attributed to wrong choices, the good news is that you now know that you have complete control over your ability to beat this tiredness. And this is certainly a liberating thought.

So if you’re sick of saying to yourself “… but I’m always feeling so tired all of the time” – then you simply need to make better-informed and sensible decisions about everything that enters your mouth, and the way that you choose to live your life. (I’m talking about keeping active here).

Now I know that we don’t always exist in an ideal world, and there are often periods in our lives when due to work, family or study commitments we work exceedingly long hours and lose valuable sleep. And this is when we really start to feel the full effects of stress and anxiety.

Ironically, it is often at times when we really need to increase our nutritional needs, that our diet becomes less than ideal, and we also tend to reduce the amount of exercise that we do. Basically, we tend to do the complete opposite to what we should really be doing.

So if you’re serious about wanting to recapture your old self, or find a new and rejuvenated ‘you’ – then you’re going to have start to change your attitude towards your current diet and lifestyle habits.

In most cases it’s just a matter of making the decision to commit to this change, which is actually not as hard as you might think!

One thought on “Chronic Fatigue And Tiredness – Why It’s Become A Global Epidemic!”