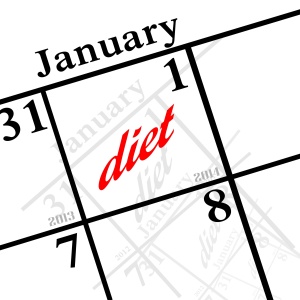 As we delve into another New Year, its often all about New Year’s resolutions and which new diet can we try this time round.  Unfortunately for most of us, we often throw in the towel with any new diet because thoughts of deprivation creep into our psyche making it all too hard to sustain.

Of course an erratic work and eating schedule certainly doesn’t help, but how about trying something different this year and make your New Year’s resolution not to go on a diet.

It’s time to give this whole dieting thing the flick because it just messes with your head and makes you constantly think about, and focus on food all of the time.

And no matter whether it’s counting calories or committing to 30 days of diet shakes and pills – it’s just not sustainable (or enjoyable for that matter).

I remember trying to lose 10kgs of extra weight which I gained within my first year of starting shift work and it was hard, really hard.  I had never been on a diet before (nor had I needed too because I was always quite sporty and athletic) so the entire concept of just being “on a diet” put my head into a bit of a tail spin.

It was such a crazy way to live.

But the moment I stopped thinking about what I ate (AKA “fired my diet”), the weight began to fall off and stabilize.  I began listening to my body feeding it real, seasonal and whole foods which my body eagerly soaked up and became revitalised from the added nutrition.

I’m sure it was secretly breathing a huge sigh of relief as well.  Thank goodness – no more dieting!

So forget about jumping on another soul destroying “roller-coaster diet ride” this New Year.

A life without dieting is the best “diet” you can ever be on, and most importantly your body (and your sleep-deprived mind) will thank you for it.