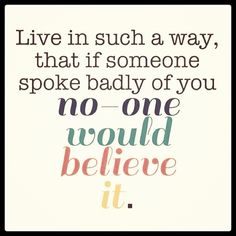 I have to admit, I’m a huge tennis fan.  I love watching the tennis, so much so that I try and get to the Australian Open in Melbourne every single year.  I’ve also been lucky enough to attend the French Open, as well as being in New York during all of the buzz and excitement surrounding the US Open.

There’s just something really magical about Grand Slam events – no matter what the sport.  For me, just being in the presence of some of the best tennis players in the world is pretty amazing.

However given what’s transpired over the last 24-48 hours, I’m feeling somewhat embarrassed to call myself an Australian.

Why?  Well like many people around the world, I was shocked to watch the behaviour of Nick Kyrgios in his match against Frenchman Richard Gasquet last night, along with a similar outburst by his fellow team mate Bernard Tomic earlier in the week.

Whilst they may be some of our best tennis players right now – what ever happened to displaying a bit good sportsmanship?  You know the kind of behaviour that we see displayed by the great Roger Federer every single day both on and off the court.

Because it’s not  just about being exceptional at what you do – it’s about having integrity and earning the respect by all those around you.

Which is the same for any occupation or workplace around the world – whether it’s on the tennis court, in an office, a hospital or an airport.  It’s one and the same.

So here’s a question for you.

If someone spoke badly of you, would those who really know you believe it?  Would they stand up for you and fight for you knowing that this person was not speaking the truth about you?

Let’s use Roger Federer as an example.

Whenever anyone mentions the name Roger Federer (or even Pat Rafter one of our most highly respected and successful Aussie tennis players), straight away the words “world class, number one tennis player, integrity and a true gentleman” spring to mind.

Unfortunately the same cannot be said for Nick Kyrgios or Bernard Tomic.  Whilst they may be young and very good at what they do, it certainly does not give them the right to be arrogant.

So what’s this got to do with shift work?

Well I believe we should all be striving to be a Roger Federer of sorts in both our workplace and our home life (well for me it would be the female version of Roger!), because it’s easy to let our emotions get the better of us whenever we’re feeling sleep deprived.

But that’s just an excuse.

Whenever we’re feeling tired, stressed or just overwhelmed by our workload – we may say or do things that we would not ordinarily do, but these actions and behaviours can have consequences so it’s important to be mindful of this.

By striving to be the best at what you do at work (and at home), not only is this the right thing to do, but it’ll open doors for you that you never thought were possible.