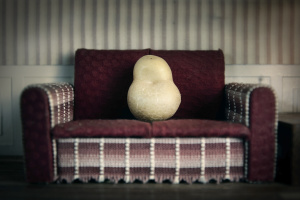 Do you have days, weeks, and sometimes months when you have absolutely no energy to exercise?  Well this may sound a little harsh, but have you turned into a couch potato coming up with different excuses and reasons why you can’t exercise?

As shift workers we are prone to constant fatigue and tiredness, so the mere thought of getting out and doing some exercise can be the last thing on our minds.

But fortunately (or unfortunately for some, depending on which way you look at it) – it’s absolutely essential that the human body gets some form of exercise or movement.

Exercise by definition is “… any bodily activity that enhances or maintains physical fitness and overall health”.

You see by exercising, you will become more flexible, stronger and have a lot more energy.

Did someone say more energy?!!

And there is even more good news.

* When you start getting into shape, your self-esteem also increases. You begin to handle things better, and it can even help those who suffer from depression.

* Your relationships with your colleagues, friends and family also improves because you begin to feel so much healthier.

* When you get physically fit – many people find that they begin to get their lives back in shape too.

So don’t wait until you gain 20 kilo’s and your doctor tells you that you MUST exercise. Prevention is the key to good health, and exercise is the key to acquiring more energy.

And considering good health and loads of energy can be a missing link in the life of a shift worker – it’s got to be one of the simplest solutions around.  So go on, switch off the telly and pop on some walking shoes.  Just 15 minutes of movement a day is going to make you feel so much better than if you were to stay on the couch! 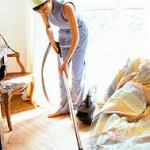 If you are struggling from fatigue and you’re sick of having no energy, then it might be time to take a closer look at your bedroom.

Because the quality of the oxygen that you breathe during the night can have a huge impact on how much energy you have the next day.

And for a shift worker, this is absolutely crucial.

You see when you vacuum your bedroom (and house) regularly you are removing dust from the furniture which helps to reduce the likelihood of your lungs being filled with impurities from the air.

Regular dusting and vacuuming also lessens the number of microscopic bugs that can inhabit your mattress and carpet.

Unfortunately even though your bedroom may look clean, it is highly likely that there are hundreds of tiny organisms living in your bedroom with you!

Not a very pleasant thought is it?

What’s also important to realise is that regular dusting and cleaning won’t just help you sleep, but it can also help improve your overall health.

In addition to regular dusting and vacuuming, another great way to help eliminate the dust in your bedroom and increase your energy is to buy a negative ion generator. The generator emits millions of negative ions that attach themselves to dust particles making them too heavy to float. They then fall to the floor so that you can vacuum them up – keeping the air that you breathe free from pollutants.

At the end of the day, the air that you breathe when you are asleep should be treated very seriously.

Considering that you spend around a third of your life in your bedroom (maybe a bit less when you work shift work), you want to be breathing in the purest and highest quality air possible.

So don’t just sit there – dust off that vacuum cleaner and put it to work!

If you are someone that suffers from shift work sickness, have you ever considered that your attitude might be partly to blame? I’m thinking probably not, so you might be interested to know that optimistic people actually have stronger immune systems.

In fact optimistic people are 77% less likely to die of heart attack or stroke than pessimists, are less stressed, more resilient, tend to age better and even live longer.

You see as shift workers it’s really easy to be negative and miserable because we’re always feeling so darn tired all of the time, but it certainly doesn’t have to be that way.

Negativity drains people of energy which is not good – most shiftworkers are desperately crying out for more energy!

Negative thoughts are toxic. They release chemicals that are harmful to the immune system, deplete energy, speed aging and damage brain cells.

So as you can see, a negative attitude can literally make you sick!

Studies have also revealed that at least 75% of illness originates in the mind. Prolonged negativity leads to depression which releases more toxic hormones that further weaken the immune system and lower the body’s ability to fight disease.

Instead, people with a positive attitude bounce back faster when things get them down. Positive thoughts release serotonin which makes us feel good, aids memory and can even prevents brain damage.

Now the good news is that a positive attitude can be developed. Since we can change our thoughts, we can certainly change our attitude.

So stop complaining, criticising, and judging. It’s only going to make you prone to shift work sickness – and a person that nobody wants to hang around with.

If you’re constantly getting sick all of the time when you’re working shift work, try changing your attitude – you might be pleasantly surprised with the results!