I was sitting in a Pathology class yesterday listening to my lecturer talk about cardiovascular disorders and I couldn’t help but feel despondent.  Why?  Because as I sat there with my “shift-working-thinking-cap-on” lifestyle factors kept coming up in conversation – a LOT.

Lifestyle factors that is, which are causing most of the chronic diseases that we seeing in society today.

Of course our shift working lifestyle is certainly hazardous thanks to ongoing and relentless sleep deprivation which contributes to overwhelming feelings of tiredness making us incredibly vulnerable to sickness and disease.

In fact there are many clinical studies which indicate shift workers in particular are at much greater risk of having a heart attack, developing breast cancer, obesity, diabetes, depression – to name a few.

But (and it’s a big “but”), there are so many PREVENTABLE factors which are leading us down the path of chronic disease and illness which of course includes poor lifestyle choices.

I’m going to type that again to emphasis my point – poor lifestyle choices.

Whilst we may not have any control over our roster (that would be awesome), we all have a CHOICE on whether we decide to make health our number one priority.

It’s really that simple.  When we decide to:

So the next time you’re speaking to a practitioner for advice on keeping healthy and staying well (whether that’s a doctor, naturopath or a nutritionist), don’t ask them “what can you give me to fix this?”

Instead ask them “what can I do to help fix myself?” because at the end of the day, good health is not all about quick fixes and taking packets of pills.  By simply changing our lifestyles to much healthier ones will go a long way to improving our shift work health. 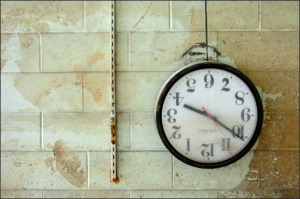