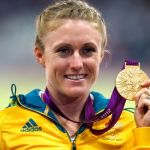 As we sit in front of the telly watching the spectacular closing ceremony of the Olympic Games in London – what an incredible two weeks its been. After years of dedication, committment and pushing their bodies to the ultimate limit we’ve seen athletes break records and acheive some pretty extraordinary things – not to mention winning a few gold medals.

Whilst many athletes came away from these games with medals, others were not so lucky. But if you ask me, if you’re good enough to represent your country – then you deserve a medal. Whether it’s Gold, Silver or Bronze.

And the same can be said for working shift work.

Like Olympians, if you’re a shift worker you push your body to the limit every single day, getting out of bed when the rest of the world is still sleeping and making personal sacrifices most 9-5 workers would never have to experience.

Sure, you may not jump into the swimming pool and swim 200 laps before 6am, but you’re up and mobile which is more than most can say by 6am. Or worst still, if you work night shift – you’re having to perform functions when your biological clock is telling you to stop what you’re doing and go to bed.

Of course if you’re trying to do all of this around raising a young family as well – then you deserve every award possible.

Let’s face it, when your body is aching from fatigue and exhaustion – moving it around when it feels as heavy as lead, or trying to be bright and chipper to those around you can be incredibly hard to do.

You may not be an Olympic athlete, but it can take olympic strength to do what you do – every single day, year after year.

I for one know that I would never have made it as an Olympian. Although I was the fastest runner at Primary School, and for many years at Senior School when I used to obliterate my school mates in the 100 metre sprints! In fact I think my best time ever was 13.5 seconds … hmmm, a little behind for Usain Bolt standards.

Anyway, the point I’m trying to make is that just by being a shift worker – you deserve a Gold Medal.

Let’s face it, most people couldn’t do what you do. You have to be one tough cookie to work shift work – both mentally and physically.

So give yourself a pat on the back. Give your work colleagues a pat on the back, and most importantly give your friends and family a pat on the back because they deserve some recognition too. Working shift work is tough and it can also be tough on those who are closest to you – something you should always be mindful of and never forget.